Provins is a Mecca of medieval architecture, one of the best preserved in France.

Provins is a Mecca of medieval architecture, one of the best preserved in France.  Provins absolutely deserves a visit. Since 13 December 2001, Provins is listed as a World Heritage Site by Unesco, in view of the many monuments remained virtually untouched since the Middle Ages. Protected by impressive ramparts, Provins is the ancient capital of the Counts of Champagne. Previously (before the fourteenth century), it has built its prosperity through trade fairs. Merchants from all over Europe used to meet in Provins.
Today, several times a year, Provins commemorates its medieval past by colorful festivals.

Old painting of Provins. Provins is listed as a World Heritage Site by Unesco, in view of the many monuments remained virtually untouched since the Middle Ages.
Provins revives medieval times
In the Upper Town of Provins, a jewel of the Middle Ages, streets and squares of the upper town of Provins return wonderfully the atmosphere of the time of the medieval  fairs of Champagne ... One of the highlights of Provins, beside the impressive ramparts, is the discovery of the Tour de César, symbol of the power of the Counts of Champagne, which is an imposing tower built in the twelfth century. You will also enjoy the half-timbered houses and other prestigious stone buildings. Provins still retains 58 historic monuments! The collegiate St. Quiriace is at the heart of uptown. Be sure to meditate a moment on the expertise of architects, carpenters, stone masons and other builders of the Middle Ages. 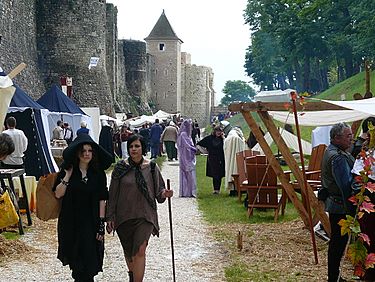 In June, the massive ramparts of Provins welcome the medieval festival 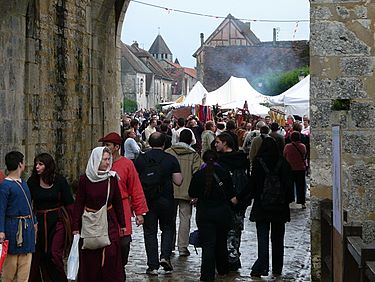 Provins is famous for the many events about Middle Ages

The Caesar Tower is an impressive and unique medieval dungeon. It has become the emblem of the city of Provins. We must get into the Tour César to realize the tremendous thickness of the walls of the dungeon of the Counts of Champagne ... The Caesar Tower was built at the beginning of the twelfth century. In 1137 it is mentioned in a charter. Among its many functions: a place of refuge in case of attack, a watchtower and even a jail. Viewed from the top of the Tour César, the streets and squares of the upper town of Provins have hardly changed since the Middle Ages and the time of the Knights ... From up there, you'll have a beautiful view of the surroundings.
Other witnesses of the fortifications of the Middle Ages, the city walls are still massive. This is where the shows of falconry are held. 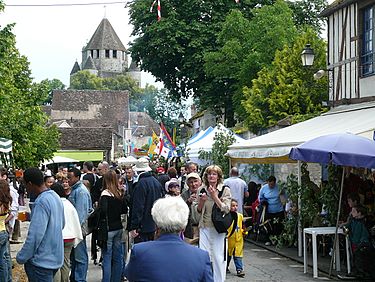 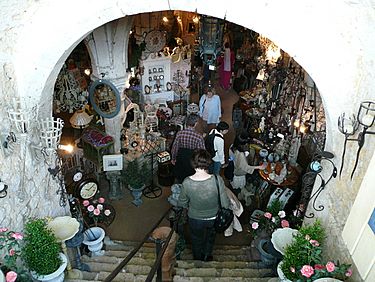 Provins is famous for its many beautiful and monumental cellars. In the Middle Ages they were used for storing the goods sold during the trade fairs.

Provins time merchants of the Middle Ages and the Champagne Fairs
In the thirteenth century, the Champagne fairs are known throughout the West. Champagne and Provins was a commercial region in which to converged merchants from Flanders, Italy and South and even the distant East. The success of these fairs is due to the location of the Champagne region, but also to the proper administration of the Counts of Champagne. These fairs were moving every two months from one city to another. The Fair in Provins was most important. It took place in spring and fall, between the exhibitions in Troyes and Chalons-en-Champagne. 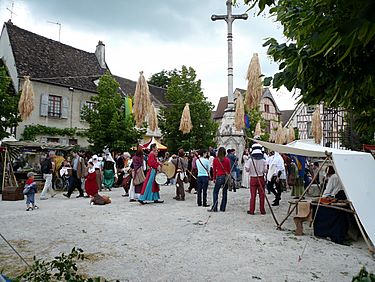 Main square of the medieval party of Provins 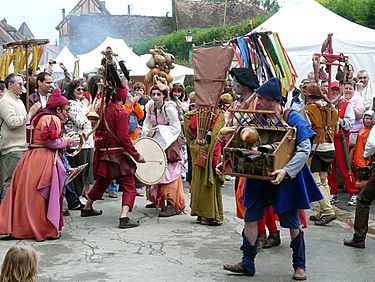